THANK YOU! YOUR REQUEST HAS BEEN SENT

We'll notify you when Bomani Cold Buzz is available in your area. 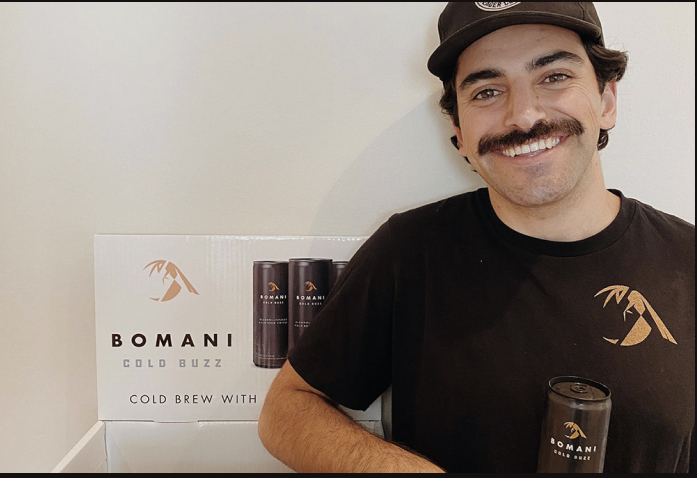 One of the single most important, yet often overlooked, aspects of building a beverage brand is the actual formulation and development of the liquid itself. With BOMANI Cold Buzz, what seemed like a straightforward and intuitive liquid, would instead prove to be far more difficult to create than we ever could have expected.

Before I even start, I want to note that I am writing a very abridged version of our formulation process. To explain every detail would require me to write an entire tome, including ingredient sourcing, the legal formula approvals process, FDA approval process, surveying/focus groups, and commercialization. These are all critical to a beverage’s success, but for the sake of this story, I won’t go into it. I’ll save that for another time.

Let’s rewind to Sam’s last post, during presentation day. We determined that since I grew up around coffee, I had the most intimate relationship with coffee – so I would lead our beverage development efforts. My family owned numerous coffee shops in the San Francisco Bay Area, and I learned my fractions while pulling shots of espresso (probably why I’m so bad at math). Coffee literally runs through my veins.

That day, we defined our goal: to create a beverage that was three things; healthier, tastier, and more convenient than any other alternatives to caffeine & alcohol that were available to us at the time.

Once Sam charged me with this goal my mind immediately started racing with as many coffee + alcohol combinations I could think of: whiskey + coffee (Irish coffee) seemed natural but too intense, vodka + coffee seemed to get our most desired outcome of the coffee flavor coming first, but vodka has a distinct bite, tequila + coffee sounded like a bad decision in a can, and beer + coffee has been done but was loaded with way too many carbs and sugars. I was at an impasse. Days went by and I remember frenetically scribbling and testing different combinations while we were in Lake Tahoe for the 4th of July, when one day, my best friend Patrick came barging through the door and insisted I drink a WhiteClaw (as a matter of fact he insisted everyone drink a WhiteClaw, fun times). I had absolutely no idea what this drink was at the time, but the moment I tasted it a lightbulb went off in my head, I remember asking myself “how the hell is this possible? It just tastes like flavored seltzer water.”, and I knew this was the alcohol base we would use in BOMANI.

The alcohol used in most hard seltzers is Sugar Brew – it’s essentially a sugar cane that is fermented like beer without barley, malt, hops, or grain added to it (my sincere apologies to the incredibly talented brewers out there that just cringed at my ultra-simplified description). Sugar Brew is unbelievably hard to make, and even harder to make correctly where it has little-to-no flavor or odor. Many people mistakenly assume that these products use malt-based alcohol, but the truth is that malt is not gluten free, has lots of carbs, and a very distinct flavor that affects the taste of the beverage significantly. So, step number 1 for me was to find this clean alcohol base that would allow our coffee flavor to shine.

So I did what I thought many people would do, I dragged Sam and Kai along to small breweries around the New York and New Jersey areas, and together we pitched an idea that we thought would be sure to excite; Cold Brew Coffee that looked, tasted, and smelled like Cold Brew, but had the cleanest alcohol we could find in it. I couldn’t have been more incorrect. I was shot down left and right; it was incredibly discouraging. Eventually we discovered that typically, the larger the organization and facility, the more likely it is they are willing to take risks on innovative and never-before-done products. It took us a while, but through intense networking, cold-calling, long nights, and international travel, we found sugar brew and a team of liquid engineers to help us bring BOMANI to life.

Step two in our formulation process was to determine the exact right coffee blend that would give BOMANI enough complexity for coffee drinkers, but also accessibility to those who might not be as familiar with coffee. The way we describe it internally and to our partners is the Kai to Amin scale: Kai likes his coffee with cream and a little sweetness, while Amin likes his coffee like diesel out of an oil drum. How can we make something that lands in the middle – a balance that everyone can appreciate and enjoy?

So, we set out with our team of liquid engineers to develop a coffee blend that would land us in that perfect middle zone of the Kai to Amin scale. Sam and Kai will tell you that by the end of this process they were ready to beat the shit out of me, but the final product was about as perfect as could be. We tasted 50+ iterations of BOMANI before I felt comfortable giving the final sign off. We tried coffee from Brazil, Sumatra, East Africa, Central/South America, and Southeast Asia. We tasted it after being cold brewed for 9, 12, 14 and 18 hours, dark roasts, medium roasts, light roasts…you name it and we probably tried it.

But in my opinion, we didn’t have a choice. We HAD to come out with the absolute best product we possibly could, and in the end, I firmly believe we achieved that. But don’t take my word for it, take my parents’ word.

I’ll tell you about the moment I confirmed to myself that we had successfully created a delicious coffee beverage. It was not when the judge of espresso at the New York Coffee Festival tasted it and gave me a hug with tears in his eyes. It wasn’t when a group of lawyers and their girlfriends asked me to attend their birthday party after tasting BOMANI at the Jersey City beer festival. It wasn’t even after my business partners and our investor approved of our final formula – it was when my mom and dad, the world’s most critical, discerning, and particular coffee drinkers tried it.

My mom and dad owned coffee shops, our friends and family look to them for advice regarding coffee beans, machines, and styles, so naturally I was nervous. To be more specific, I was cowering with my ears covered (as if that would do anything) when they took their first sips. I warned Kai and Sam in advance that my parents would probably critique BOMANI down to its very last detail due to their expertise and since they really don’t hold back on this kind of feedback. But, to my utter and sincere surprise, they loved it. They genuinely loved BOMANI and to me that was all I needed to know we had struck liquid gold. I remember getting very emotional in that moment – I’m even getting emotional as I write about it – a process that started when I was 4 years old had culminated into what is my proudest achievement to date. Something I will cherish for my entire life.

Creating a beverage that combined top-notch cold brew with alcohol that would allow the coffee to retain its integrity was an unbelievably challenging, but also rewarding process. What I am most excited about in our final formulation is that BOMANI is incredibly versatile. I’ve seen it used as the base for simple cocktails where only a flavored whiskey is added, and I’ve also seen world-class bartenders add rare ingredients to make an elevated coffee beverage. At the same time, you can simply add milk and sugar to BOMANI, and it still tastes delicious.

BOMANI Cold Buzz in its final form is exactly what I dreamed it could be. It’s 5.7% ABV and tastes like a delicious cold brew coffee. With roughly ½ a cup of coffee’s worth of caffeine per can, it’s lower in calories, has no carbs, and has no sugar. When it’s all said and done the thing I am most proud of is that we have created the next evolution of coffee, a drink that has been enjoyed by humans for centuries, and together our team has put our stamp on the category no matter what happens next. 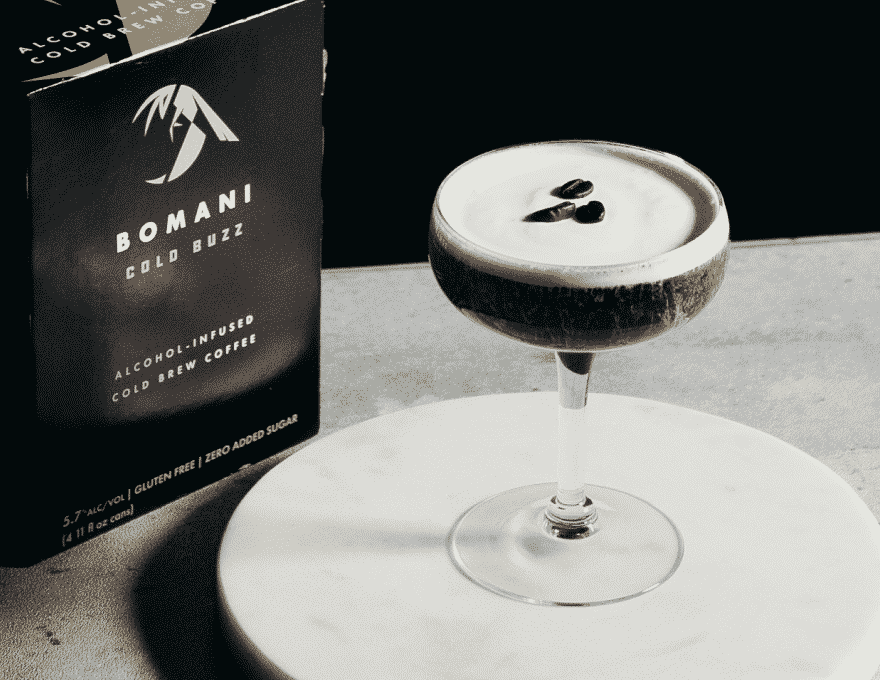 One fine afternoon you find yourself tired and out of sorts, looking for someway in which to add a spark to your day. You head out of the house for a walk, and after crossing the park and ambling down many streets with your head clouded in fog you realize that you’re...
Read More 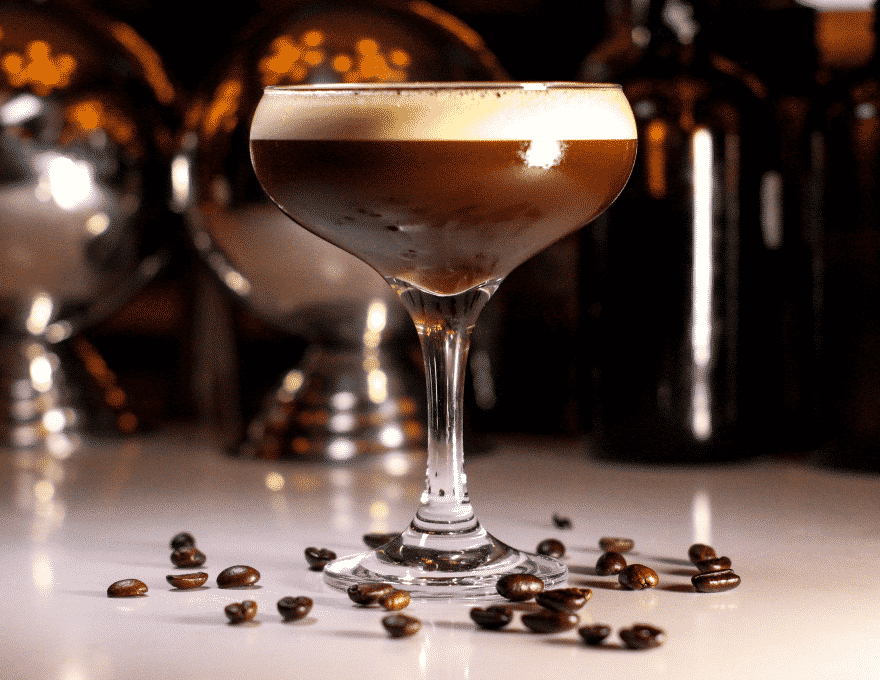 One of your best friends’ birthday’s is just around the corner and you know you want to do something special for them. After some soft probing questions a few weeks ago you discovered that they really like red velvet cake. You yourself have never been a great baker...
Read More
See all
YOUR SHOPPING CART(0) Item Removed. Undo
Cart Subtotal: $0
View cart Checkout - $0.00
Close